About me: Dr Kenny Taylor

I’m a writer, editor, naturalist, photographer and musician who communicates through many different media. This includes magazines such as BBC Wildlife and Northwords Now, scripts and interviews for television, radio and video, talks, writers’ workshops and theatre performances. 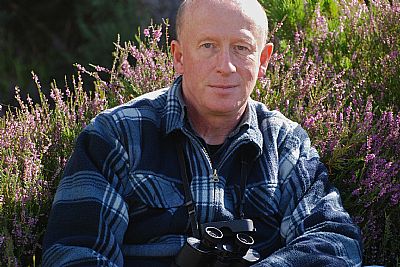 I’ve a long-standing fascination with puffins (the subject of my doctoral research and three of my books) auroras and islands near and far. All of these featured in  two of my major assignments so far for National Geographic magazine. Puffins have lured me to visit most of their major breeding areas in both Europe and North America. Auroras have taken me from Alaska, through Canada to arctic Norway. Island going has included sojourns and work in many fine places around the Atlantic rim, with many more on the 'I wish..' list.

I care about links between nature and community, so it’s been privilege in the past to chair Trees for Life and the Cairngorms Local Biodiversity Action project and to be a member of the team campaigning and fund raising for the community purchase of the Isle of Eigg. Currently, I’m on the boards of The Touring Network and The Scottish Wildlife Trust and help to run local arts and biodiversity groups. Since 2017, it's also a privilege to be editor of Northwords Now, the free literary magazine produced in the north of Scotland with support from Creative Scotland and Bòrd na Gàidhlig. This primarily showcases contemporary creative writing from the Highlands and Islands, but also features writers from elsewhere in Scotland and across the wider global north.